The team is enthusiastically back with our wintry picks to guide you through this holiday season. We thought about songs that make us feel warm and cozy or remind us of winter holiday memories. An eclectic mix of tracks, some Christmas-related and some not, that span a wide range of genres from Motown and crooners to reggae and millennium bubblegum pop.

This playlist is a personal favorite for me. From September to November of every year, I slog through awful Christmas covers and sappy originals to find hidden holiday gems. In early December, I wrap up a mix of 18 carefully selected songs (mostly from 1950 to present) and share it with my friends and family. In more recent years, I’ve been sharing them with the public on a few sites as well.

We hope you’ll enjoy our 30-song playlist with a fire roaring, or on a long drive to see family, while sharing a meal with friends, or decorating a tree. We wish you the happiest holiday and and a wonderful new year. See you in 2018!

“Santa Bring My Baby Back to Me” by Elvis
You can’t have Christmas without the King. Since I was about 5 years old, this is the first album we put on Christmas morning. We make a fire and gawk at the hoards of gifts my mother acquired at the fine airport shops as she traveled the country for work. The carnage begins as we take turns, in age order, opening presents and restraining the dogs as they snarl and nip at each other for the leftover lox and bagels.

“This Must be the Place (Naive Melody)” by The Talking Heads
Following the pandemonium at my Mother’s, my older sister and I retire our poor husbands to my Father’s house. He’s already been bellowing for hours to “get cracking” because dinner is timely. We watch “Stop Making Sense” and eat and drink more than we should.

“God Rest Ye Merry Gentlemen”, “Carol of the Bells”, and “What Child Is This? (Greensleeves)” by August Burns Red
“Mr. Grinch” by Project 86
“Silent Night” by Forevermore

These Christmas songs are from some of my favorite bands. I don’t typically enjoy the holidays, but being able to listen to some heavy/technical holiday music makes it more tolerable.

“Christmas In Hollis” by Run-D.M.C.
“Island of Misfit Toys” by Misfits
“Christmastime” by Stevie Wonder
“Santa Claus Is Coming To Town” by Frank Sinatra and Cyndi Lauper

Misfits and Run-DMC are at the foundations of my favorite genres, so holiday adaptations of those styles needed to represent my contributions to the list. The specific songs I chose are from a playlist my best friend created who still lives in my hometown of Fernandina Beach, FL. Charlotte and I both grew up listening to punk, hip-hop, and motown so I always trust her taste in music. I miss that lady a ton and sampling her choices feels like an appropriate nod for the time of year when we embrace our loved ones.

“Dream Sweet in Sea Major” by Miracle Musical (Translated: ラクルミュージカル)
Light and Dark reunited by the Impossible Soul, satisfied. The process of Folding continues as scheduled, and while it spells the end of a Universe, it sings the preservation of the process that existence must follow. Soon, on the other side of an edge, the avatar of the Machine will be left all alone, to spew the Bile that will be ignited to restart existence. Balance will be restored in the Spaces and Shapes in-between. Love will bloom, the Fire will be free, and the hidden hues of the Rhythm and the River will be made clear. Just as it as always been, and always shall be. (I use this song as part of my DnD campaign)

“As Long as There Is You and Me” by I Monster

“Must Be Santa” by Bob Dylan
With regards to popular music, Bob Dylan practically authored the book on the creative left turn. However, in his 30+ album career between “going electric,” “going country,” and “going synthesizer,” we never once got to see him “go Christmas.” Well, that is until he released the album ‘Christmas in the Heart’ as he was approaching his 5th(!) decade as a recording artist. And as with most of Bob Dylan’s artistic departures, the album had a polarizing reception upon its initial release. And just like those previous departures, Bob uses a popular style or genre (here, Christmas music) in a way that’s quintessentially “Dylan” and in the end serves as a lens revealing a side of his character not previously seen. ‘Christmas in the Heart’ puts on display something that was seldom captured in any of the previous releases by the enigmatic artist: It’s Bob Dylan having fun.

“All That I Want” by The Weepies
I love this song because of its subtlety. This song always reminds me of watching the snow fall outside; peaceful and unassuming. It’s simple, joyful and calming.

“Last Christmas” by The Puppini Sisters
Best Acoustic — I chose this track in particular because of the unique feel The Puppini Sisters brought to this song. While they didn’t rely on a synth backing like many others covering this song, they also didn’t fall prey to the overly-sad overtones that other acoustic versions have. And of course, their vocals are astounding.

“Last Christmas” by B. I. G.
Most Original — This was by far my favorite find in the grand sea that is Last Christmas covers. Super original (seriously, I haven’t found another version of this song that has quality rap verses intermingled), stays true to the original peppiness of the song, and honestly brings something interesting to the table.

“Last Christmas” by Carly Rae Jepsen
Best Pop Cover — I’m biased because of my undying devotion to Carly Rae Jepsen, but this is my favorite pop rendition for a couple of reasons. Firstly, she didn’t rely on using samples straight from the original song, and instead still used synth and similar musical motifs without it being a straight copy. Secondly, this version absolutely shows Jepsen’s own musical style without detracting from the original version. Jepsen continues to be a blessing, especially amid the torrid, uncaring world of trash pop covers. 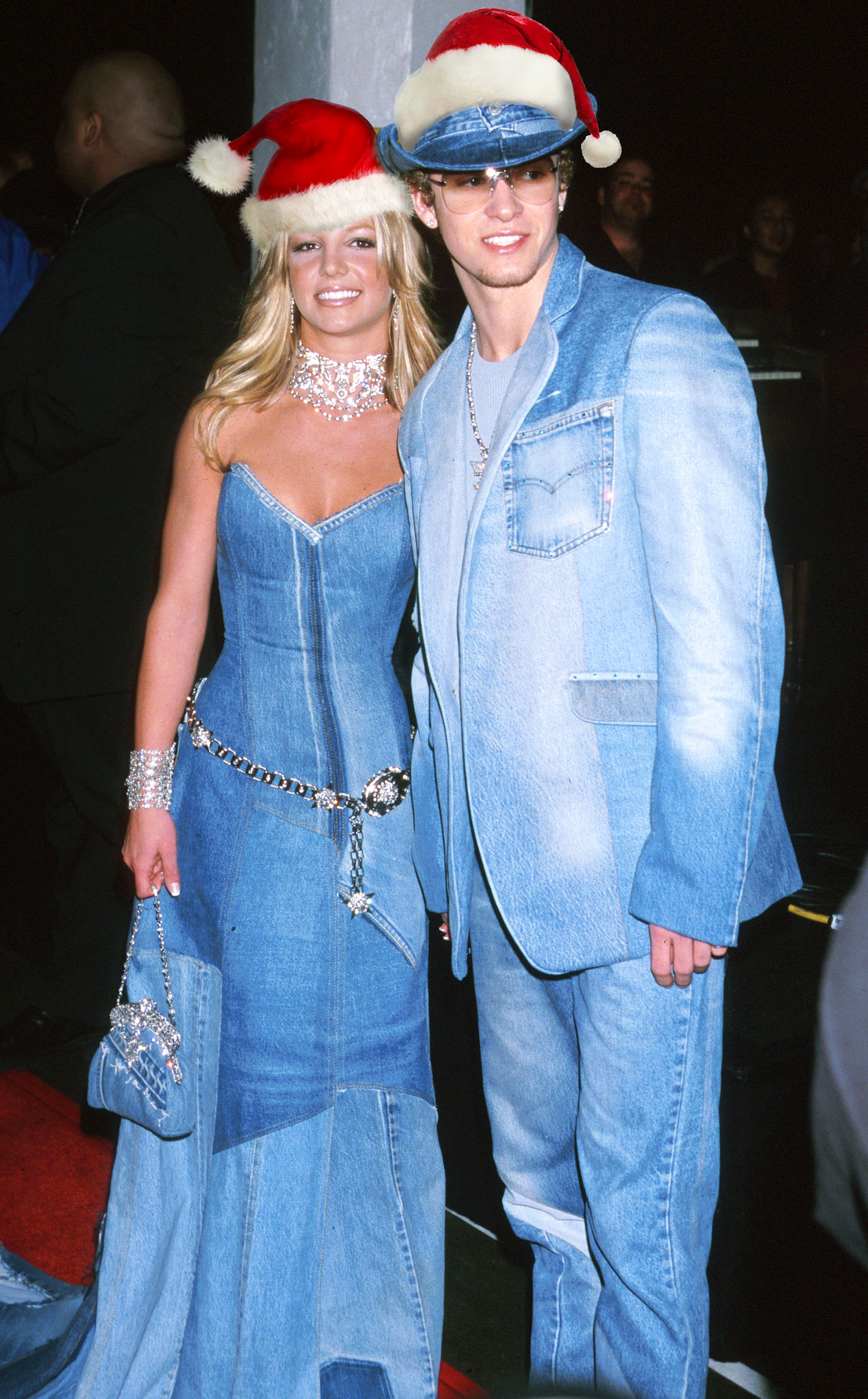 The holidays remind me to hold on to those special moments in life.

“Purple Snowflakes” by Marvin Gaye
Tied with one of my bonus selections as my all-time favorite seasonal song. Originally released as “Pretty Little Baby” in 1965 and then only marginally reworked into a Christmas song later that year. Sleigh bells always make a Christmas song for me and this paints a picture of a dreamy, dark night when the snow’s just begun to fall.

“Home for the Holidays (Mother’s Wish for Christmas)” by Richard Marks
I wanted to choose a song off my 2017 Christmas Mix and I knew this song would an instant classic for me the minute I heard it. Recorded in 1969 but not officially released or rediscovered until 2015. “No matter how far you roam, there’s just no place like home.”

“Listen, The Snow is Falling” by Galaxie 500
A 1990 cover of an early 70s Yoko Ono and John Lennon single (the b-side to perennial radio hit “Happy Xmas (War is Over)”) that takes its whimsical, meandering cue and adds a much more full sound with guitars, drums, and tambourine.

“Christmas Song” by Windy & Carl
Tied with “Purple Snowflakes” as my favorite Christmas song. I used this 1995 track on my Christmas mix a few years back and it’s become a staple in my holiday playlist each year. It’s one of those songs I wish I’d known about as a teenager, driving all over Maine during the cold winters when the state shrinks down to its post-summer population and all the beaches are empty.

Some reggae xmas tunes to go with our reggae Santa-themed Slack standup images. Have an irie rasmas and blooming new year!

After the success of Slade‘s 1973 modern classic “Merry Xmas Everybody”, glam bands lined to create the next glittery Christmas hit. Most fell short, though there are a few bright spots. That same year, another British glam rock band Wizzard released their own Christmas single but were blocked from the top spot by Slade. While Slade’s hit is arguably much better (and much more listenable), Wizzard took the glam rock aesthetic and flamboyance further with even sparklier costumes, over-the-top make-up, and and a pack of tiny instrument-“playing” children (and one very creepy snowman). The song is my one of my personal favorites but it’s the performance that makes the song.

We hope you’ve enjoyed walking through a wintry wonderland of songs with us! Don’t forget to check out our digital advent calendar for 25 days of gifts from the DevelopmentNow team! Happy Holidays!