VR For the People!

Hello. I work for 360 Labs, Portland’s oldest Virtual Reality production company. Because of this I have heard many, many arguments for and against VR. I hear everything from VR is a gimmick (it is) to VR is going to turn us all into immobilized sloth-like hoverboarding couch potatoes (it won’t) to VR is going to save the world (it can help). One thing is for certain, everyone has an opinion when it comes to VR.

So this article is for those who may have heard it all before and are wondering how you could possibly hear something new on an already much talked about topic. Yet you continue to read and watch and learn and go to panel discussions because you have a feeling there is more out there than just hype. And there is. Especially if you are thinking of starting a new business or adding a new component to your current business.

The other reason you might care is because you want to be a part of a growing VR community that is focused on changing society for the better by layering helpful and joyful things upon it.

Meaningful Reality: Moving Beyond the Hype

So what is VR anyway?

What VR is and what it means for society is a little like asking the classic question “how much does a car cost?” It depends. Are we talking about a truck or a sedan? Luxury or economy?

We have a spectrum of Realities (R’s) to consider – VR/AR/MR/R. From left to right we go from a fully immersive and generated reality (VR) to one that is overlaid onto reality (AR) to one that is mixed in with reality (MR) then finally, my personal favorite and the reason the others exist in the first place, reality itself (R).

However it’s expressed on the spectrum above the virtual realities are as certain to stay as reality itself at this point. Helmets, goggles, glasses, monocles, contact lenses, neural lace… what forms and use cases it takes and what people will accept is anyone’s guess. 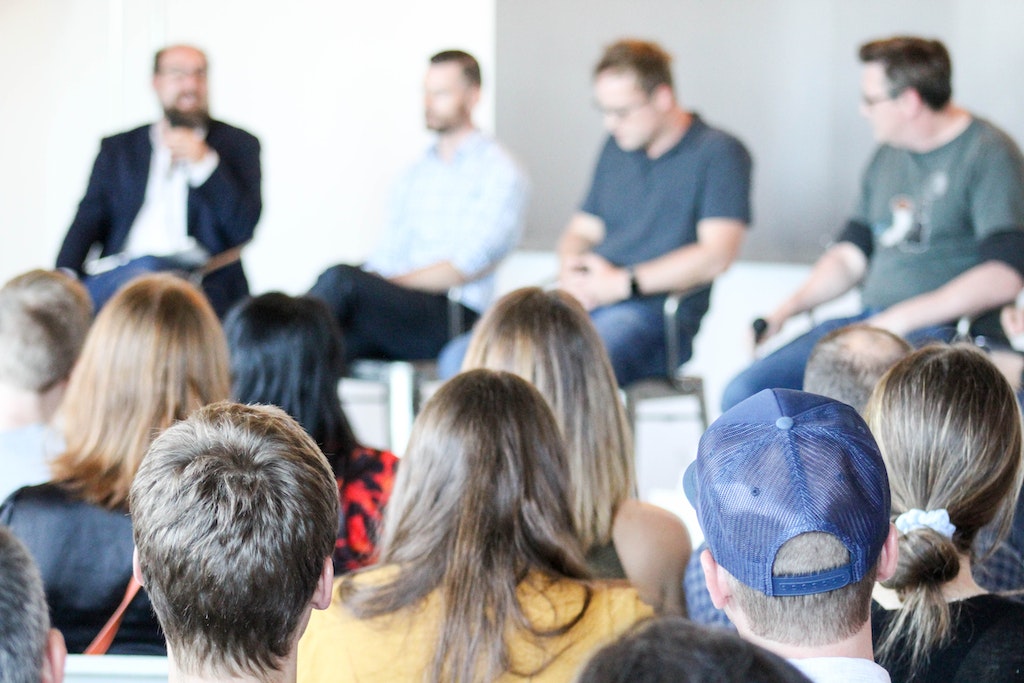 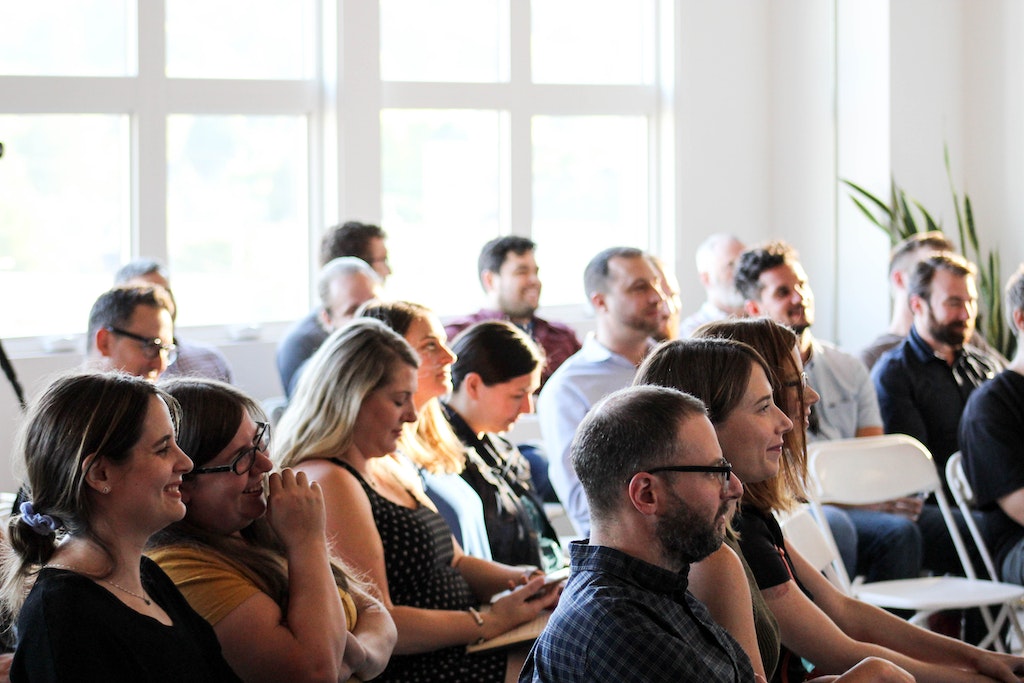 VR as a Tool and Not a Toy

One of the first questions the panel was asked was about frameworks. VR is in the same boat as other communication technologies in that the tools used to create content and applications are being developed at the same time as the technology to view it. We are making it up as we go along.

Just a year ago most VR experiences were short, very short, and offered very little in the way of interaction. Now that our appetites for VR have increased and the tools to create them and the inputs to drive them are becoming more sophisticated, longer more interactive experiences can be developed and enjoyed.

We have been able to model products and systems with digital tools for quite some time. However in digital form most of our models are stuck in our flat screens and we must rely on our imaginations to envision them as a natural part of our reality.

With VR we can now bring our products to us (AR/MR) or step into our products and their surrounding environments (VR). This takes visualization and decision making to an entirely new level.

Do I need this or even desire this to read a book, watch a movie or solve a problem? Maybe, maybe not.

However, getting our client partners to see the potentials and or pitfalls in a particular project or some aspect of it, in real time, in real space and with real presence is something that other digital technologies just cannot match.

One of the key differences that VR introduces to viewers is a true sense of scale. Conveying “life-size” on a screen is always relative to the screen. However, in VR scale is relative to you; it’s natural. Things are “life-size” by default.

For consumers VR is still in the toy stage. Their expectations right now are exceeding the technology for the most part. However, as business drivers we don’t have to wait for consumers to catch up. Eventually the lines between the realities will blur and VR will be as lifelike as life itself. At that point everything is on the table.

Until then we can use this newfound way of experiencing the past, present and future to solve new and existing business problems and bring our clients closer to MVP’s, functioning prototypes and other types of visualizations then they have ever been before. 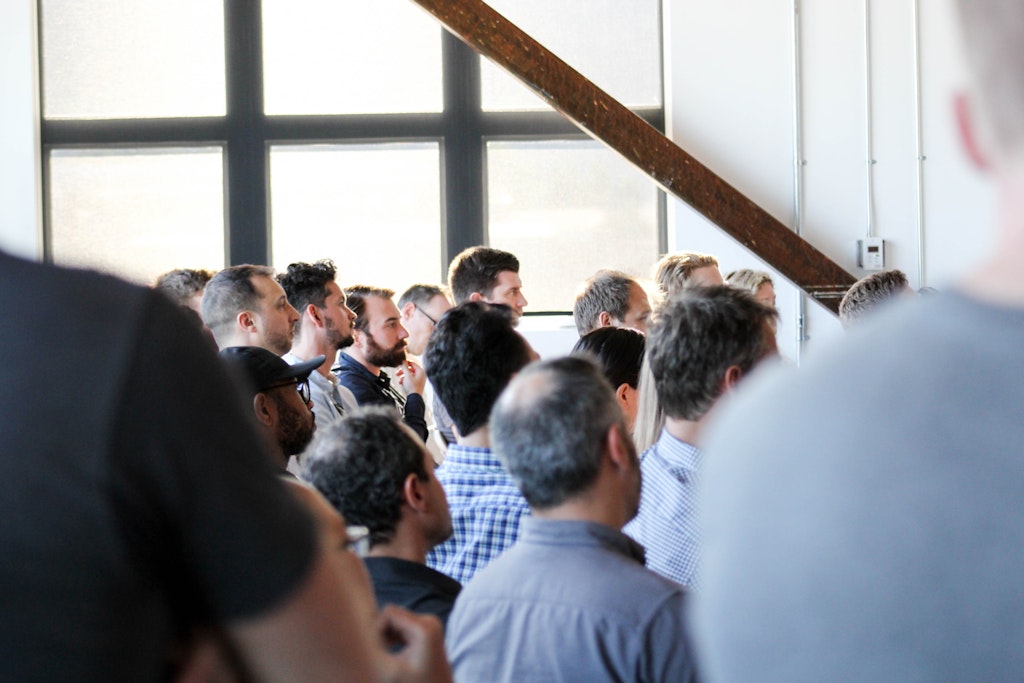 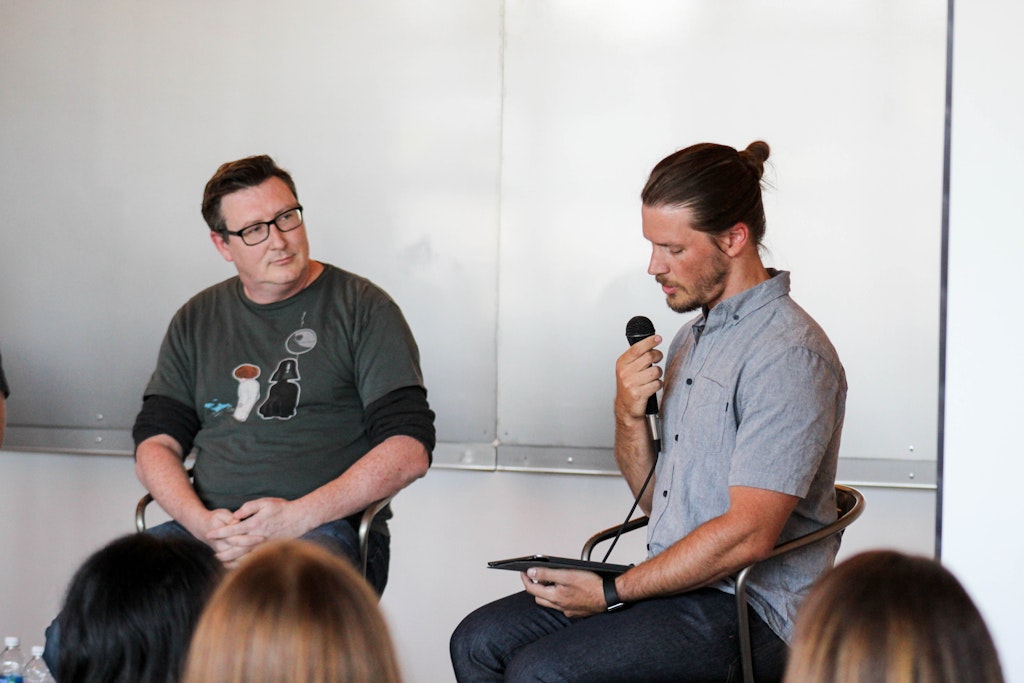 VR as a community

As a community VR is filling up fast with an exciting and diverse mix of technologists, artists, writers, dreamers, futurists and every type of communicator you can imagine. There are many parallels to this community and the early Web community (and other successful communities).

Of course VR as a technology is going to be present in many, many places. It already is. Today it’s in Architecture, Healthcare, Homes, Marketing, Schools, Education, Training, Entertainment, Therapist’s Offices… Tomorrow it will be in more new places. That’s great for a community too! It ensures new and diverse kinds of problems for us to solve and new kinds of joyful and educational things for us to create.

Somehow any talk of VR will eventually lead to “When do the bots try to destroy us and how do we avoid it?” I’m not exactly sure why this strange Godwin’s type law emerges but it does and it did. By the way, the bots lose and AR/VR helps bring us to victory.

The panel also discussed some of the inherent pitfalls within the tech itself. It is addictive, and because it is moving to match reality, it could be really, really addictive. I think this is super important. Although the thrill is not quite the same, VR/AR is just another screen.

When it comes to experimentation, use VR like a hammer!

Yep, use it all the time. The technology is just getting interesting – now as more than just theory – and we can create these wonderful and often surprising new things based on art and expression alone.

At the end of the day the panel decided that AR and VR get us closer to what we all want want and seek – joy. Simple joy. So that’s the deliverable for both the technology and the community. Experiment, learn, experiment some more. Wash, rinse, repeat. Have f un.

There were of course many other facets to the discussion beyond tools, toys and communities. Weaving through all of the discussions was the acknowledgement that the technology is on track to continue to match reality in ways we have never experienced before. So there is very good reason for the hype.

Overall it was a stellar evening, and I thank everyone who showed up and encourage anyone who hasn’t to get involved in the VR/AR community: come put in your two cents and help us make a difference.

Matthew moved to Oregon 12 years ago and worked as an interactive designer and producer for 11 years at one of Portland’s oldest and most distinguished Digital Agencies. Matthew has since embraced Virtual and Augmented Reality and continues to bring his experience and skill with technology, communication and design to this “new” medium. Matthew loves to dream bigger every day and believes good working relationships produce the best work.