In the first month the app usage grew to nearly 10,000 users on both iOS and Android devices

In the quarter of app launch, BottleDrop had nearly 30,000 new Green Bag sign ups to their recycling program

The Oregon Beverage Recycling Cooperative (OBRC) recycles over 1.1 billion containers per year and is committed to reducing litter and making recycling an easy, enjoyable process. This not only benefits the environment, it puts money back in the average citizen’s pocket – with the increase in value for recycling (from 5¢ to 10¢ April 2017) it has never been more appealing.

Plus, OBRC makes recycling services easy to participate in with its BottleDrop system for redeeming bottles and cans in Oregon. You collect your recyclables, put them in your bartagged BottleDrop bag, and drop them off at a participating redemption center. From there, you can access your balance through your BottleDrop account and redeem your deposit from stores all across Oregon.

As successful as this program is, OBRC wanted to make it even easier to recycle so that more people would actively participate. After realizing that a large percentage of their BottleDrop users were accessing the site with mobile devices, OBRC partnered with DevelopmentNow to create an app to bring this process into the modern, digital world. 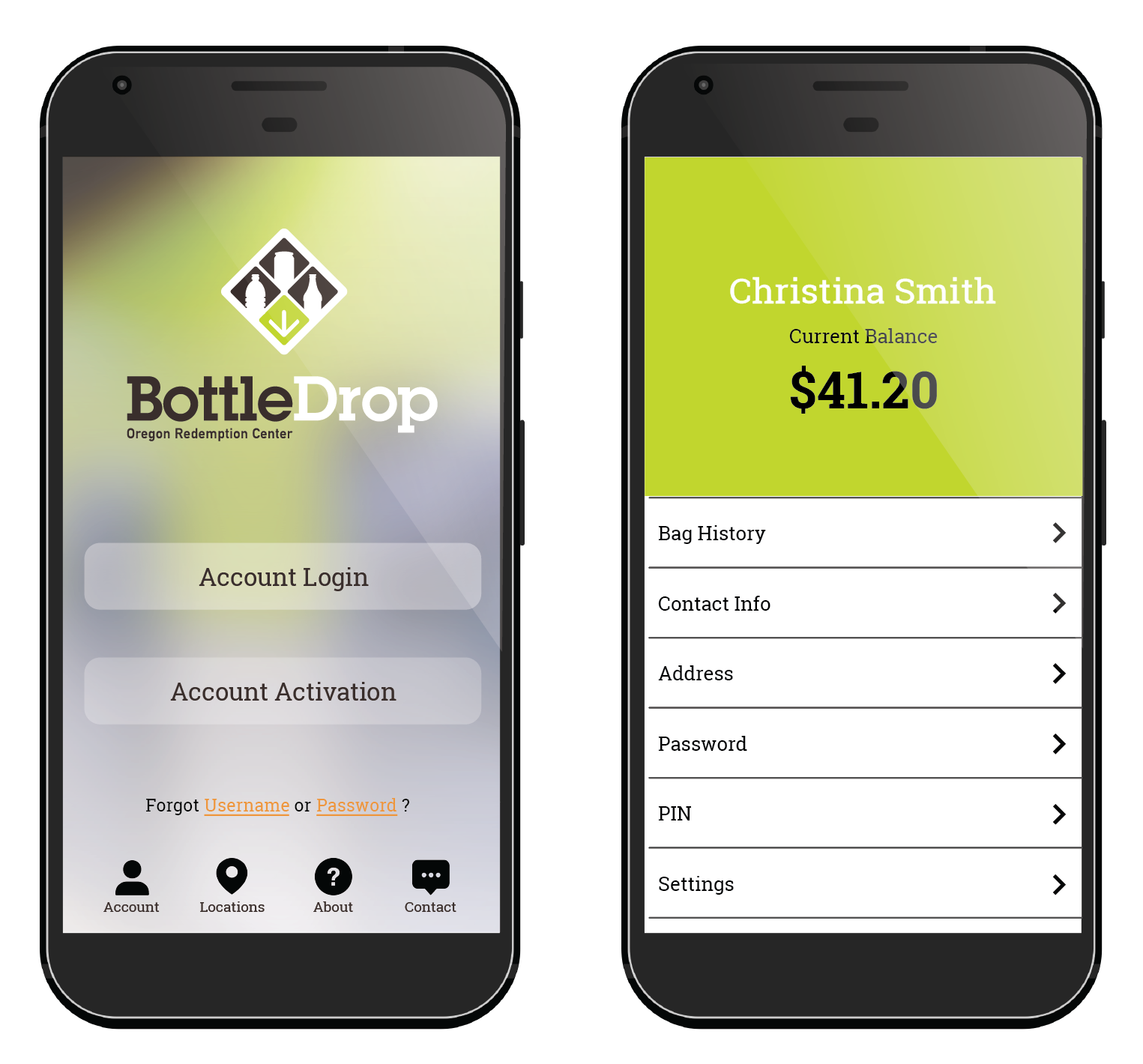 Our goal was to help OBRC create and launch an app that makes it easier for users to connect with their services, and increase the number of Oregonians who are actively recycling. With the users being accustomed with the BottleDrop streamlined process, we wanted to make sure that the app brought this experience into our digital and mobile-first culture and added value to the user.

Our challenge was making the app feel seamless with the website experience, getting the app on the market as quickly as possible for people to enjoy its functionality, and building the app to be usable across all devices. 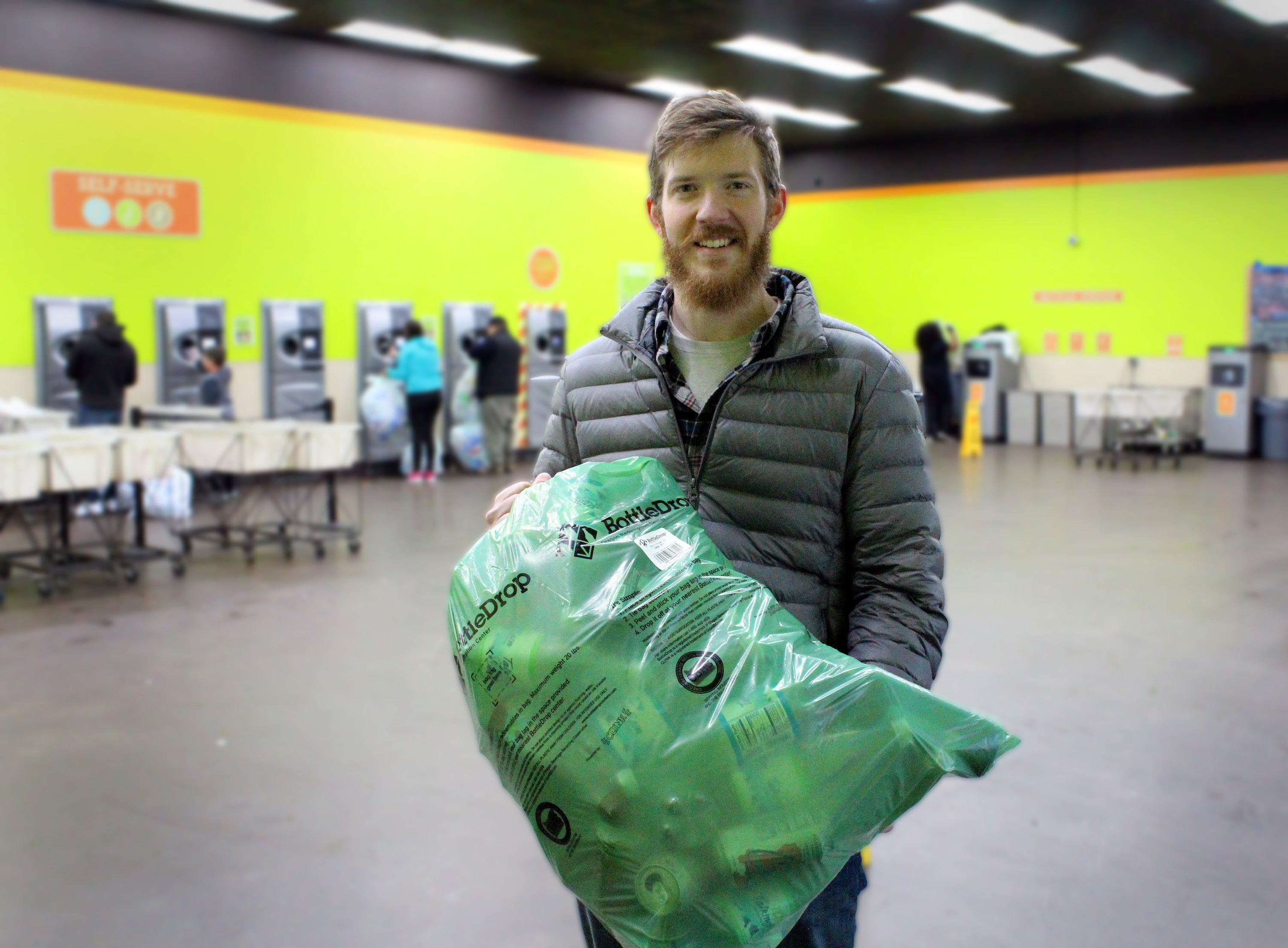 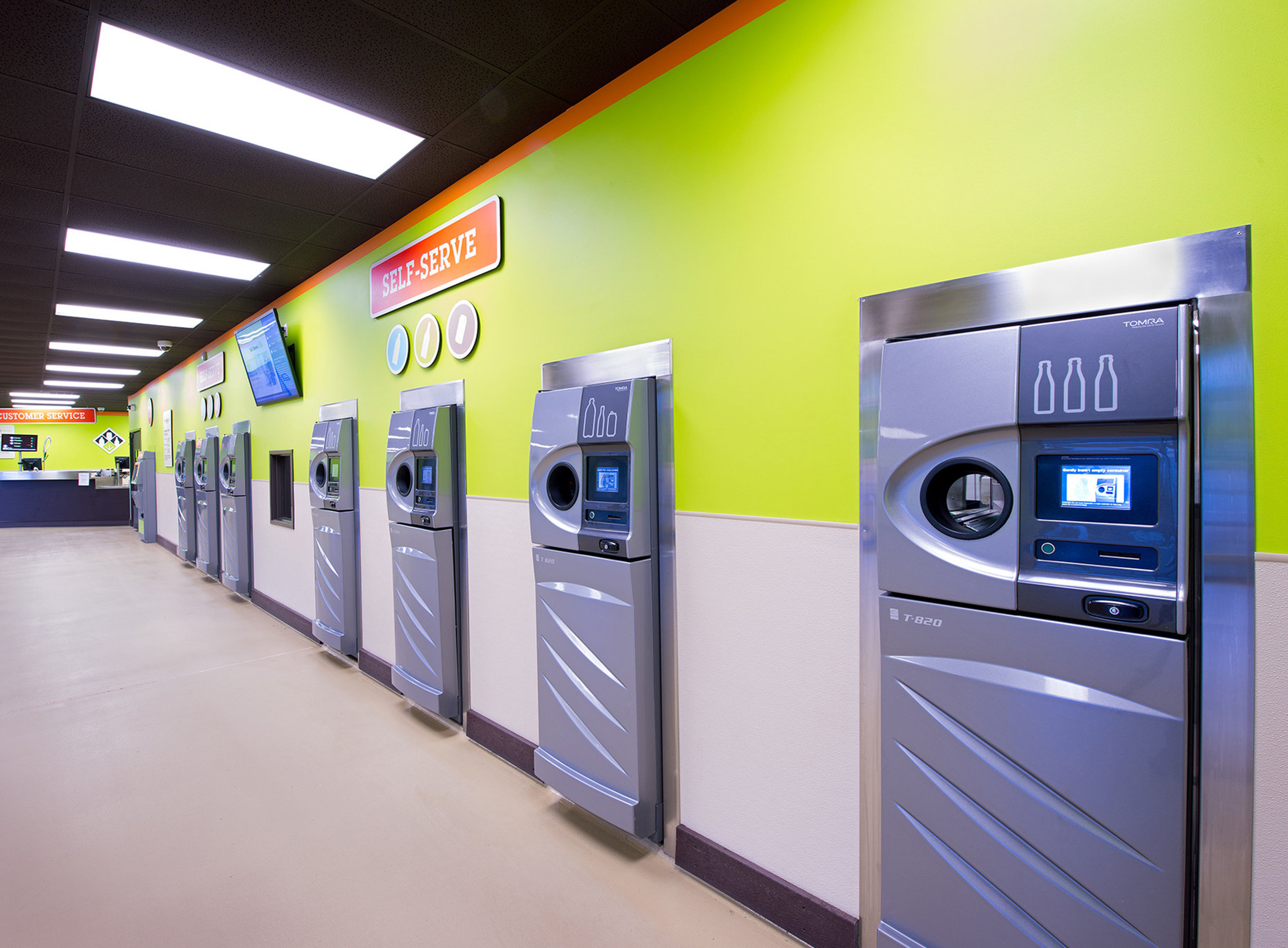 The Solution – Putting the User First

Through our Discovery Process we found that the functionalities most important to our client in the initial launch of the app were: participating store locations, account information, and BottleDrop Redemption Center information. These key functionalities allow the user to have timely access to their current account balance and history, find a kiosk near them, and easily update their personal information. The app also needed to allow the user to receive important push notifications about their account such as updates to their Bag Credit when their bags have been counted and when withdrawals are completed after they take money out. Plus, OBRC wanted to give users the option to donate to featured charities through BottleDrop Give via the app.

We not only wanted the function to be familiar and intuitive to the user, we also wanted to be sure that the design of the app had a visual continuity with their existing digital presence. Our team worked with BottleDrop to both design and build the app in alignment with their brand guidelines.

We were prepared to take on this challenge and come up with creative technological and design solutions. Plus, our Lead Developer on this project was an active BottleDrop user, so he intimately knew what features the app would need to include. 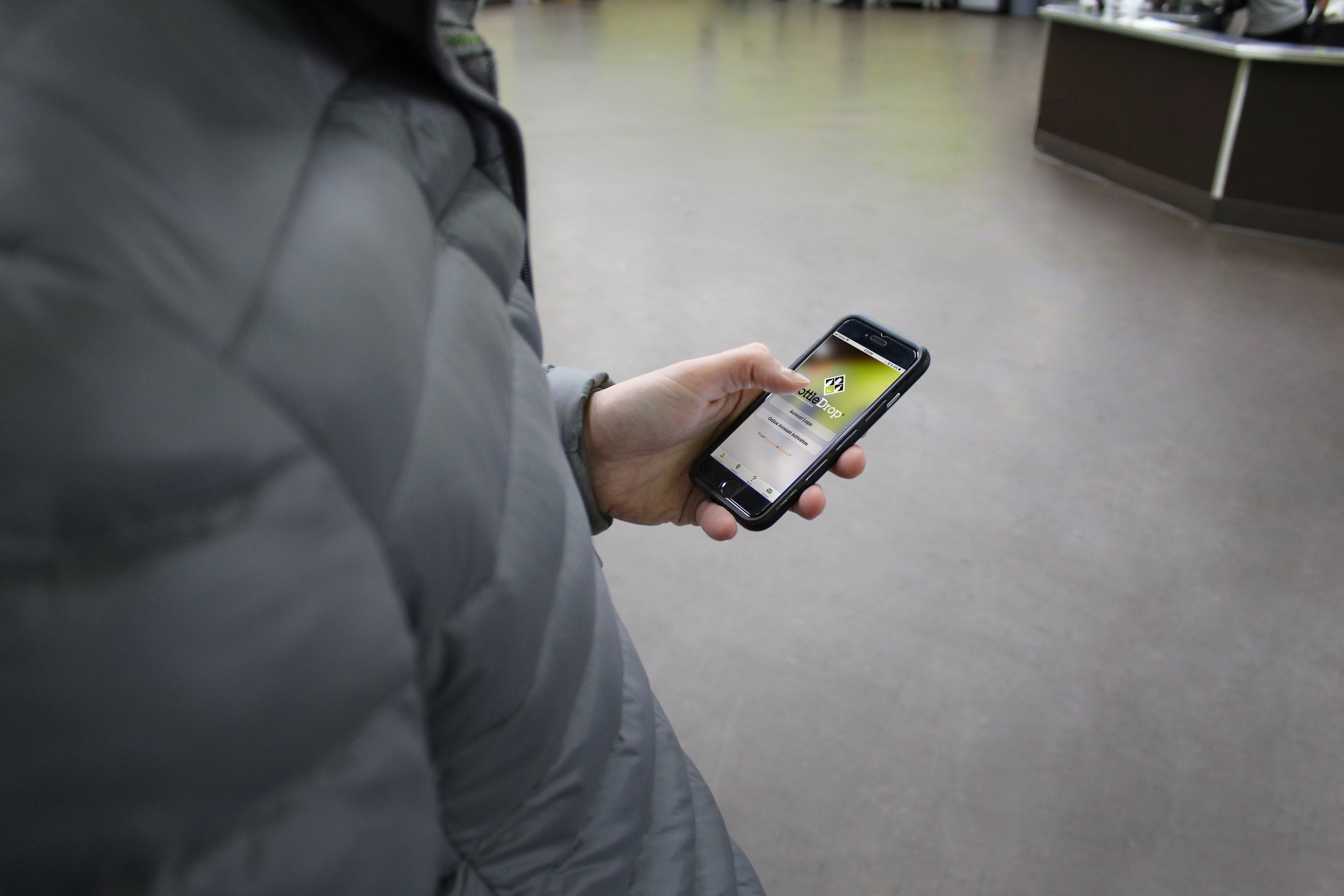 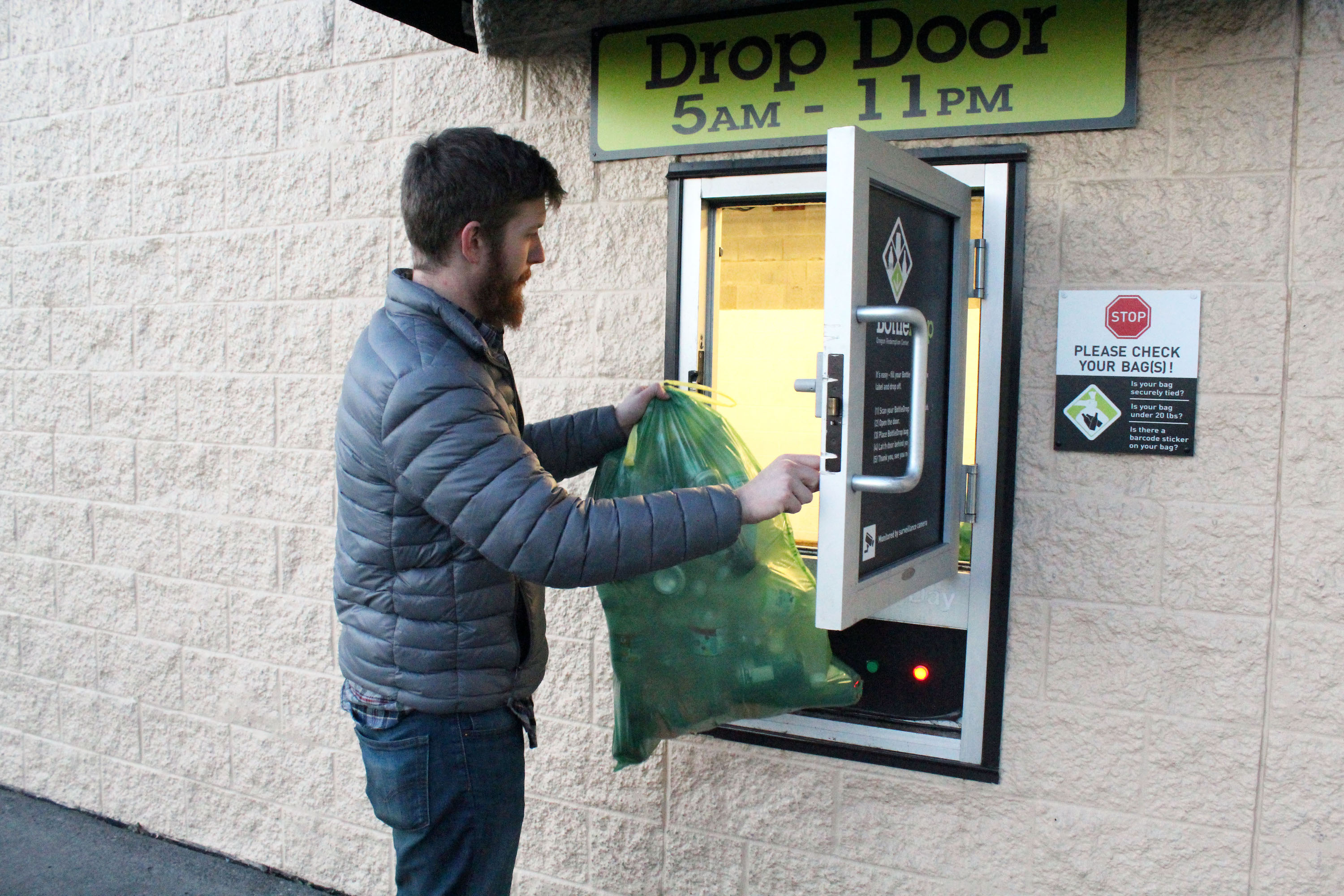 The Technology – Building the App With React Native

Our team has successfully built apps that work across all platforms before, so we knew from the start that we would want to use React Native for BottleDrop’s app. Android and iOS have very different languages and nuances to their app development process, but React Native allows us to repurpose code across both platforms reducing development time and saving money. The functionality is similar to JavaScript or Objective-C, but we find that React Native-controlled navigation is faster and the UX is more user friendly.

In addition to ensuring that the app was visually and functionally similar to their site, we also needed to integrate it with the same database and API infrastructure. We worked closely with the OBRC team to merge with the existing systems and website backend to pull accurate data like account balances and locations into the app for an even more seamless user experience.

After developing the app, we submitted them both for approval and ultimately saw the apps through to their launches on Apple and Android stores. There are many different considerations that both Apple and Android use to measure apps, which can make it challenging to get an app approved. Our team is well-versed in this process so we made sure that OBRC was successfully able to add the BottleDrop app to the respective stores.

“DevelopmentNow was easy to work with as we created our first app. They were extremely responsive and produced all elements on time.” – Cherilyn Bertges, BottleDrop Give Program Manager

The Results – BottleDrop Continues to Grow

In the first month the app usage grew to nearly 10,000 users on both iOS and Android devices. This last quarter, BottleDrop had nearly 30,000 new Green Bag sign ups to their recycling program. In addition, they are developing five new Return Centers and 10 new BottleDrop Express sites. There were also over two million containers redeemed through BottleDrop and the OBRC processed a truly incredible amount of containers – the total weight was equal to 234 gray whales!

“This app lets me find BottleDrop locations, check my balance, and donate to charity if I want. Really helpful!” – PDXHunter

By bringing the recycling process into the digital age, putting users first, and modernizing a beneficial environmental practice, we are hoping to help OBRC increase awareness and ease of recycling.

Find the app here for iOS and Android. Are your users ready to go mobile? We can help. Contact us today.

BottleDrop is only one of the many projects and initiatives we've worked on. Check out some of our other work below: