Born from our Labs group, the team needed little time to bring BrightPot to life

Users were more connected to plant wellbeing based on watering schedules, sunlight, and temperature

Changing the way we perceive and connect to the physical world

BrightPot was originally built as a DevelopmentNow Labs project, born after the painful memories of a series of deceased office ferns. The team was interested in the idea of what a “smart garden” would look like, and the idea of utilizing technology to make more informed decisions in real life. Using a series of connected technologies, including Raspberry Pi, Arduino, and FadeCandy, the team built a “smart” planter that informs plant owners on the condition of their plants through LED lighting. The initial idea was simple – the LEDs change based on the reading from a soil moisture sensor. A blue light indicates an over-watered plant, red means the plant is in dire need of moisture, and green shows when the moisture level is balanced. The initial LED idea was intended to be scalable, so the team could later build upon the information to give BrightPot more of a life. 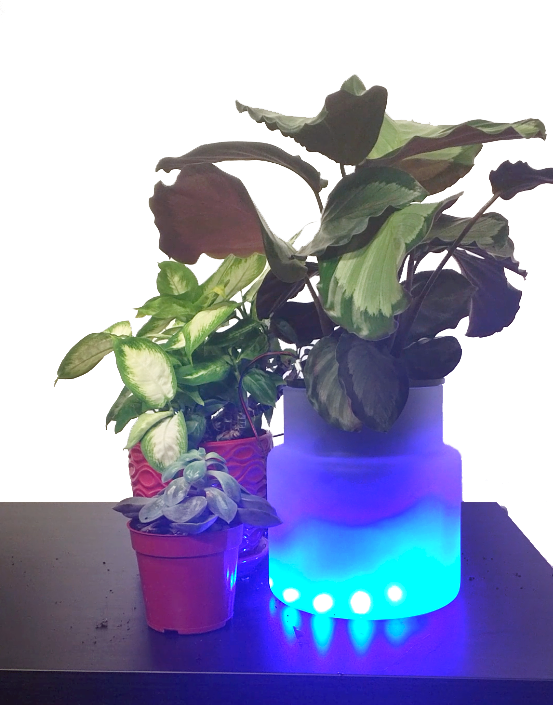 How It Works: BrightPot data integration from plant data to mobile application interface.

What additional sensor data can we aggregate to determine the life and health of the plant? Adding to the power of BrightPot, the team introduced a mobile application interface to give the user an even stronger connection to BrightPot. The team experimented with connecting additional robust sensors, such as sunlight exposure and temperature, adding to the overall user experience. The plant then started to become a more connected being, and the team explored the possibilities of gamifying user interactions, adding a psychological element of user/BrightPot emotional connection, other than relying on the limitations of data or colors. The team drew upon childhood references like digital Tamagotchi pets to give the product character and communicative properties. Naturally, the next question became “How do we use emerging technologies to further explore this metaphor to tell a better story?”

The DevelopmentNow team is always interested in learning and practicing the latest technologies. BrightPot seemed like the perfect application for Augmented Reality, a technology that superimposes a computer-generated image on a user’s view of the real world, thus providing a composite view. The team knew AR could change the way we perceive and connect to the physical world. Determined to improve the usability and power of BrightPot, the data that was initially being collected to communicate moisture, UV exposure, and temperature, was then applied to augment the human/BrightPot interaction. The team built a matrix database of basic botanic nutrition, allowing the previously collected data to be analyzed and assigned to a certain facial expression that was then imposed on the BrightPot using a mobile device or tablet. The outcome allowed users to leverage technology to make more informed decisions and have a deeper emotional connection with their environment. What was once invisible was now visible. 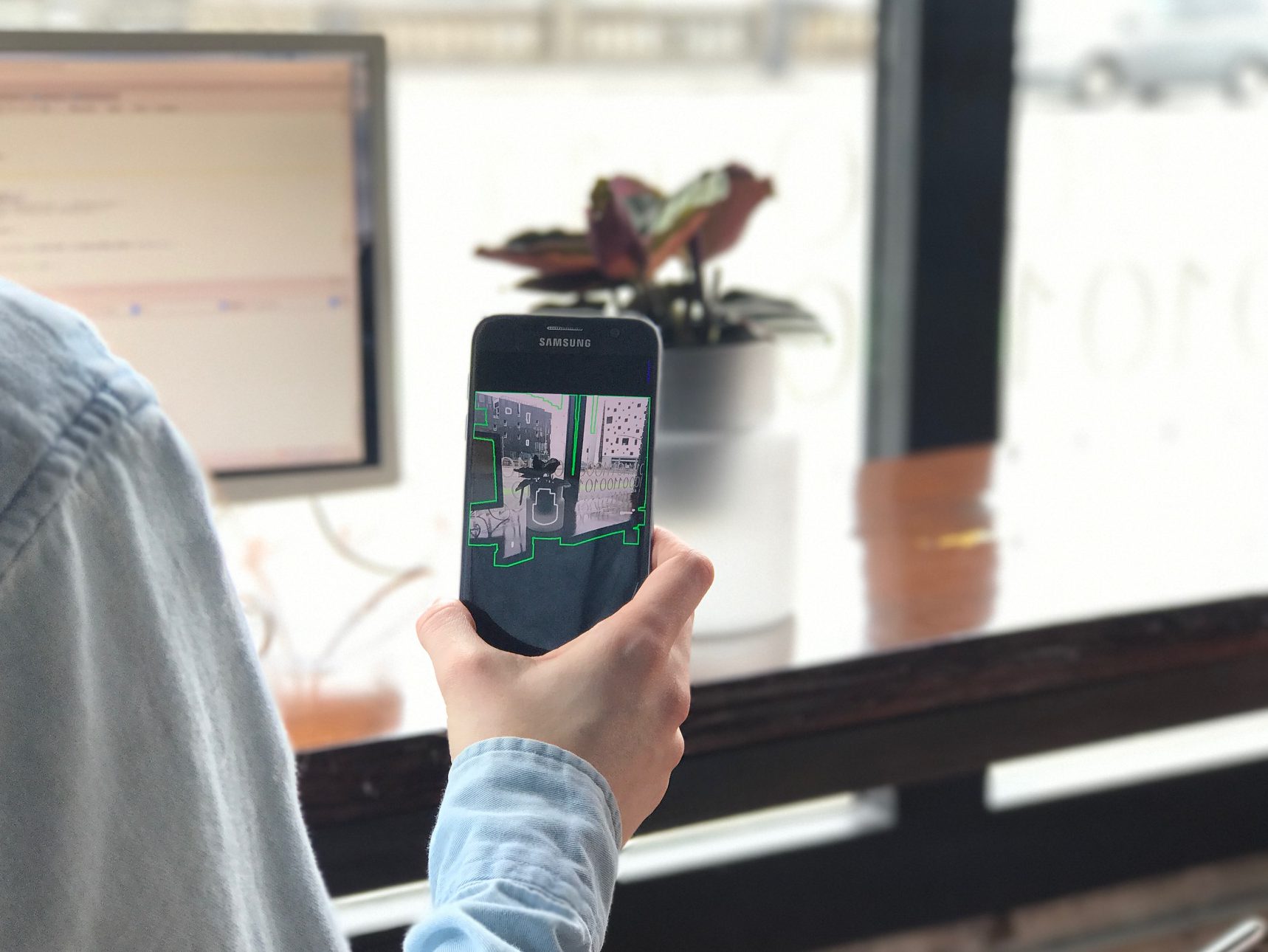 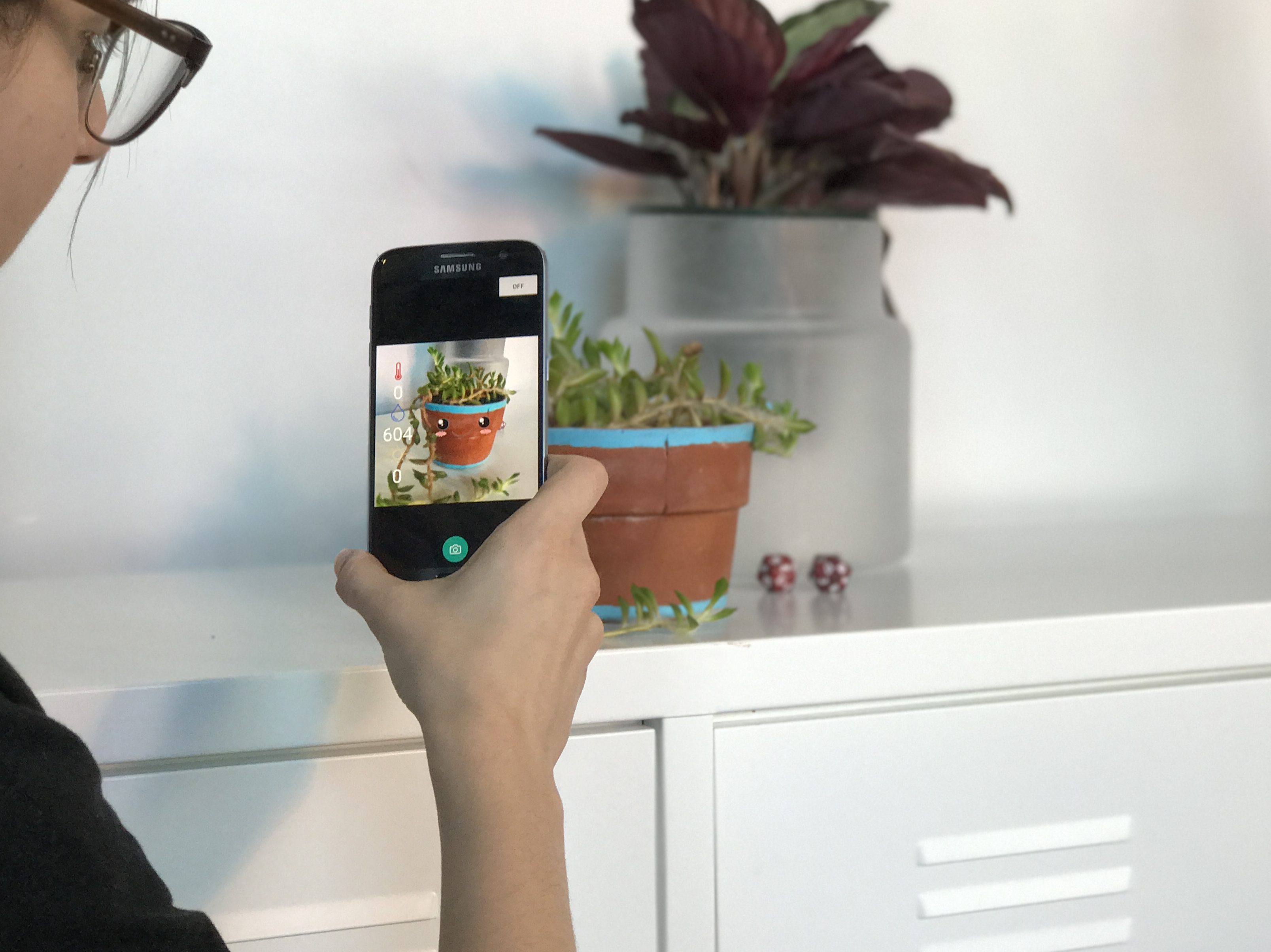 Enhancing Our Perception of the Real World

Emerging technology like IoT and AR are changing the way we connect with the world around us, enhancing our perception of reality, and giving us more information than what can be seen by the naked eye. The application for this type of technology can vary from retail environments – for example, helping you measure dimensions of furniture and layout of a home or store – to wayfinding capabilities or translating currencies. In turn, our behavior is changed based on the information we’re receiving from this technology, making our interactions (like user interactions with BrightPot) more powerful and meaningful.

BrightPot is only one of the many projects and initiatives we've worked on. Check out some of our other work below:

Parking Startup, from Design to Beta